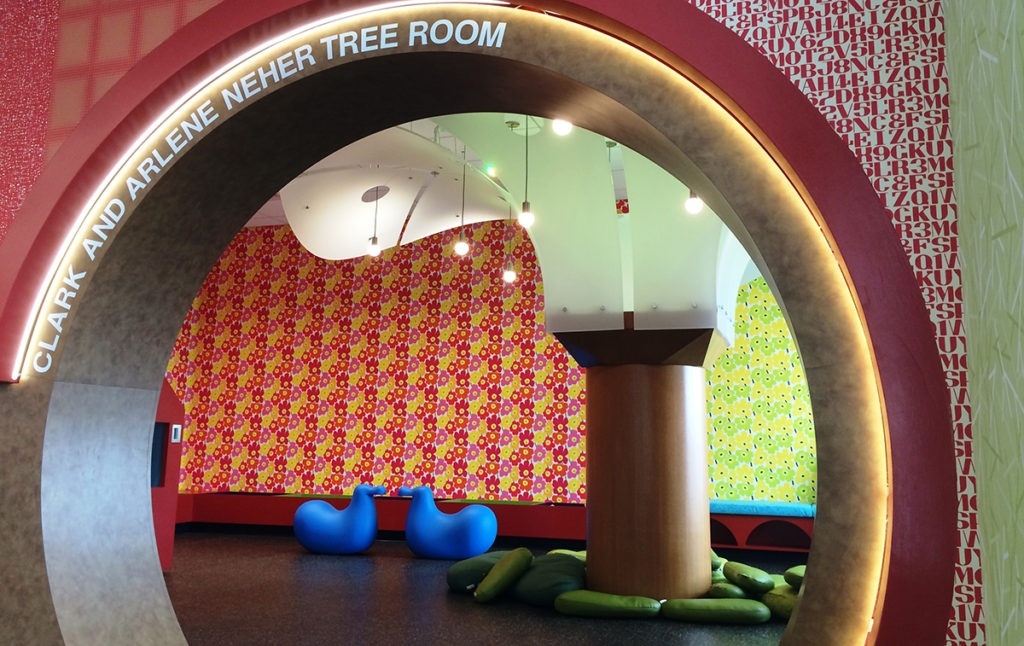 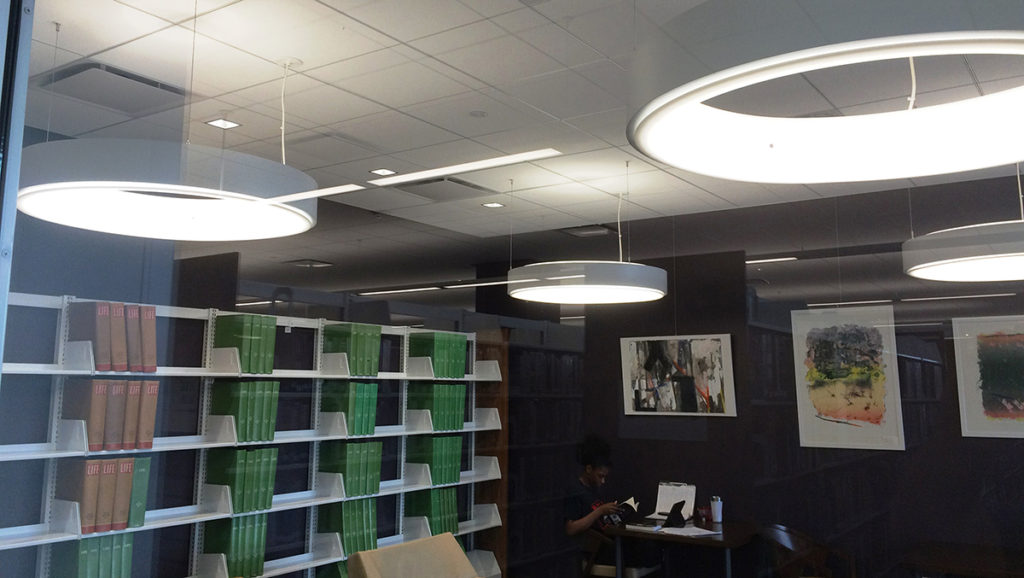 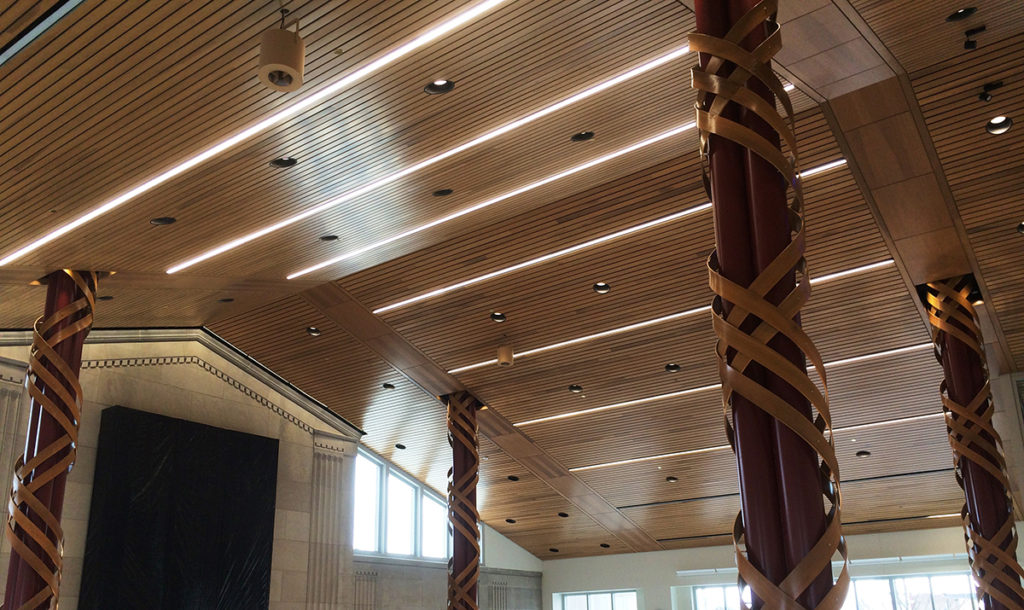 DeKalb, IL – The DeKalb Public Library, which sits on the National Register of Historic Places, was constructed in 1930 in a Deco-Modern style. When the library outgrew its modest size, Associated Electrical Contractors was on hand to marry the old building with a new addition, plus update electrical services throughout, without compromising the architectural integrity of the original space.

In 2015, Associated Electrical Contractors installed top-of-the-line energy efficient systems, including daylight harvesting, occupancy and vacancy control systems, and the latest DMX lighting controls, which allow the user to not only control lighting levels, but also to change lighting scenes and colors from natural light to playful pink to soothing green. Meeting rooms were outfitted with the latest AV systems. Associated Electrical Contractors also made sure the building’s life safety and security systems were backed up with a Generac generator.

All of this new technology was blended into the Art-Deco style so that patrons could enjoy the innovations of the modern era without losing the features and overall aura of the 1930s.